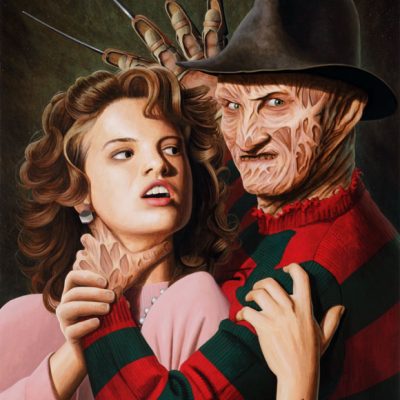 The man of your dreams, Freddy Krueger with Nancy Thompson from the horror movie A Nightmare on Elm Street. 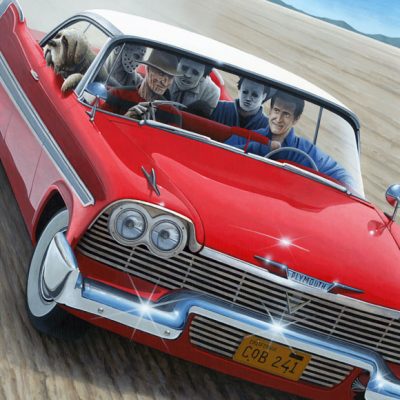 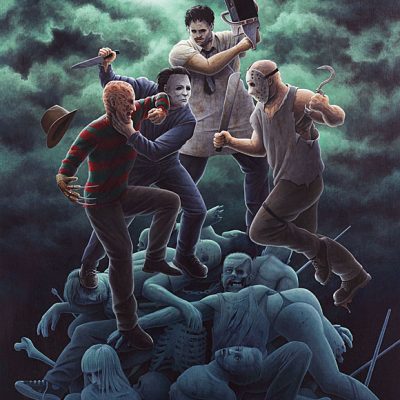 Here’s a crazy idea… a painting where Freddy, Michael, Leatherface, and Jason duke it out to claim who is King of the Mountain. The idea came to me after hearing a lot of fan chatter at various horror conventions… who would win in a fight. Here’s that battle royale.

More to be announced!